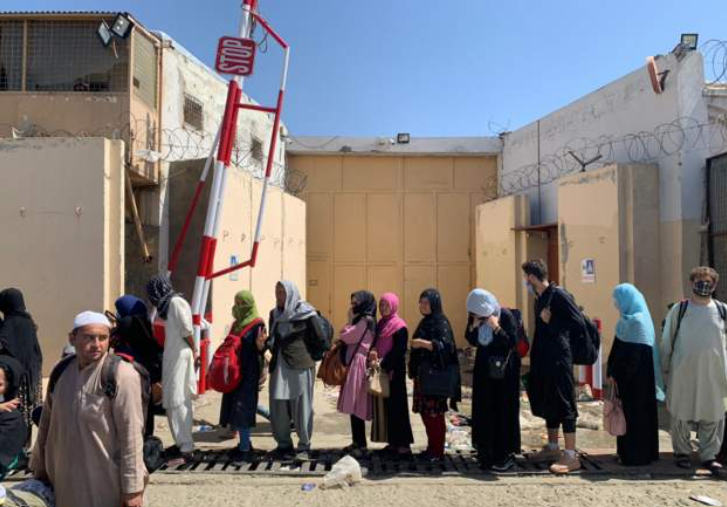 We went to the north door of the Kabul air terminal, where Afghan powers are positioned, and a long queue of vehicles showed up. There was traffic for presumably around three kilometres.

As we moved toward the air terminal, the hints of gunfire became stronger.

At the point when we attempted to converse with individuals, the Afghan drives harshly advised us out. The fighters were exceptionally furious. They had something like a whip in their grasp, and they even hit us twice. Later they checked our press card and let us go.

Four flights took off today yet no answer had at this point been found concerning why Pakistan’s PIA aircraft needed to drop its flight.

Those attempting to leave are families who have some way or another worked with outsiders in the media or as translators.

There were shadows of pity on their countenances, as though somebody was coercively expelling them from their nation of origin and it was basically impossible that left for them.

At the point when we got back to our lodging, there was a group hanging tight for exceptional migration visas. Qatari watchmen were currently in charge of inn security.