VR Highway Traffic Bike Racer 360 is a new Virtual Reality endless game and is one of the fastest action-packed and adventurous bike racing game. Join this real driving in desert and traffic bike race for much most realist endless driving simulation of immersive virtual reality game. This game will make you a stunt master as you will practice many stunts on your very own bike in this game, as you will be performing dangerous stunts in this dirt bike champion ship racing without getting hurt in reality. So get ready, get your helmet and start with your very own virtual reality experience with VR Highway Traffic Bike Racer 360. 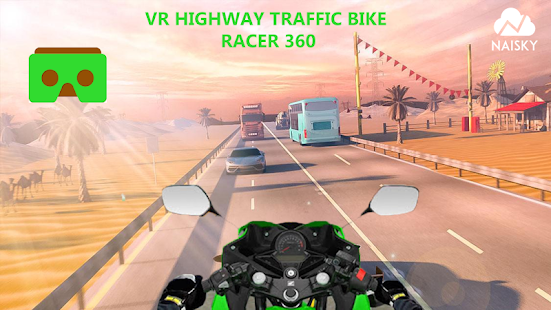 In this immersive virtual three dimensional simulation you will experience VR traffic, VR racing, VR stunts and most importantly high-quality graphics. VR Highway Traffic Bike Racer 360 has always satisfied its users with its amazing high-quality graphics and gain a lot of attention towards the players that love bike games. 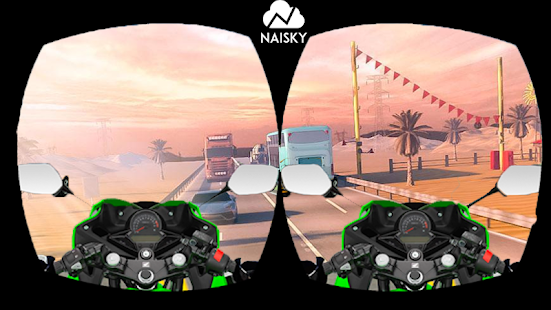 Real VR Traffic Bike Racer takes the endless modern VR traffic racing generation racing to a whole new level by adding three different Environment. The 1st one is forest which offers the deadly highway tracks including heavy traffic rush to race fast and become a champ. The 2nd one is Desert environment which has only Felix city streets roads to race carefully from crashing the vehicle. And the last one is snow mountain Environment which has mountain terrains for deadly VR racing games. 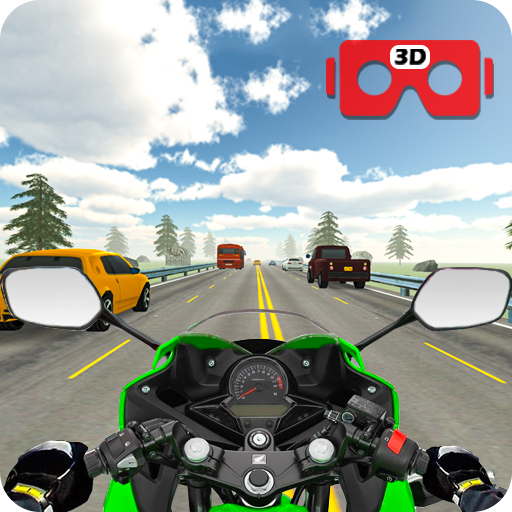 Put your phone into VR Box

Tilt the head left and right to turn the bike

Collect Coins from crossing the traffic by near and upgrade your motorcycle.

Experience the thrills of real racing and stunts.

The controls are simple an intuitive and will give you the real sensation of speed as you ride your way through the highway traffic. Racers get ready as Virtual Reality (VR) racing won’t get any realer than this with amazing visuals effects bringing the sensation of speed to life. You can download this amazing agme by clicking on this link