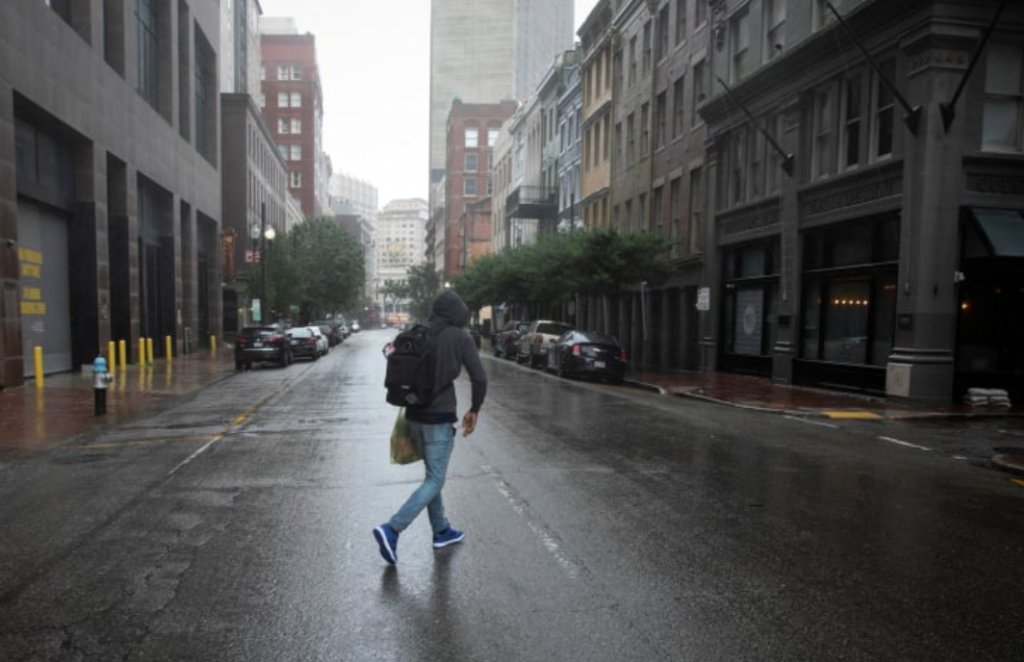 Typhoon Ida blasted through the US territory of Louisiana from the Gulf of Mexico as a furious Category 4 tempest on Sunday, lashing the coast with 150 mile-per-hour winds, heavy deluges and beating surf that lowered a significant part of the shoreline under a few feet of water.

Force was taken out on Sunday night to the whole New Orleans metropolitan region with the disappointment of each of the eight transmission lines that convey power to Louisiana’s biggest city, the service organization Entergy Louisiana detailed.

One transmission tower fell into the Mississippi River, as indicated by the Jefferson Parish Emergency Management Department.

Ida pummeled aground around early afternoon close to Port Fourchon, Louisiana, a centre point of the Gulf’s seaward energy industry, shooting the coast with typhoon power winds broadening 50 miles out from the eye of the tempest. Landfall came 16 years to the day after Hurricane Katrina, quite possibly the most calamitous on record, struck the Gulf Coast.

Sunday night, the sheriff’s office in Ascension Parish detailed the primary known US casualty from the tempest — a 60-year-elderly person killed by a tree falling on his home close to Baton Rouge, the state capital.

Streak flooding was accounted for by the National Hurricane Center across southeastern Louisiana. Practically all seaward Gulf oil creation was suspended, and significant ports along the Louisiana and Mississippi coasts were shut to transportation.

Inhabitants of the weakest seaside regions were requested to clear days ahead of Ida. Those braving the tempest in their homes in New Orleans, under 100 miles inland toward the north, prepared for the hardest test yet of significant moves up to a levee framework built after destroying floods in 2005 from Katrina.