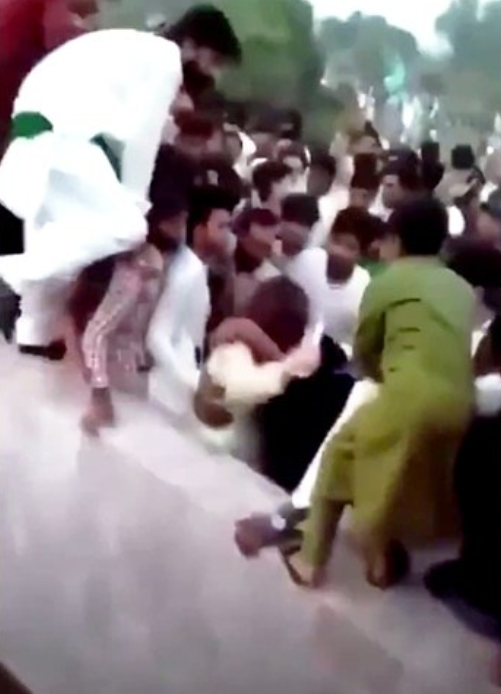 As per the main data report (FIR) of the episode, the complainant expressed that she, alongside six associates, was shooting a video close to Minar-e-Pakistan on Independence Day when around 300 to 400 individuals “assaulted us”.

She said that she and her partners put forth plenty of attempts to escape from the group. Noticing the circumstance, the recreation centre’s safety officer opened the entryway to the nook around Minar-e-Pakistan, the FIR cited her as saying.

“However, the crowd was huge and people were scaling the enclosure and coming towards us. People were pushing and pulling me to the extent that they tore my clothes. Several people tried to help me but the crowd was too huge and they kept throwing me in the air,” she said.

She further expressed that her buddies were likewise attacked. During the battle, her ring and studs were “persuasively taken”, notwithstanding a cell phone of one of her mates, his personality card and Rs15,000 that he had with the rest of his personal effects.

“The unidentified persons assaulted us violently,” the complainant added.

The most recent occurrence comes in the midst of reestablished centre around savagery against ladies in Pakistan, following the homicides of Noor Mukadam and Quratul Ain in July.

Around the same time, a video turned into a web sensation via online media in which six men were seen irritating a couple in Islamabad. The men held the couple at gunpoint, constrained them to strip and afterwards beat them up. In addition, they additionally mishandled the couple verbally and genuinely by doing indecent demonstrations.

Four of the suspects were subsequently captured.